Themes and writing and Oprah Winfrey 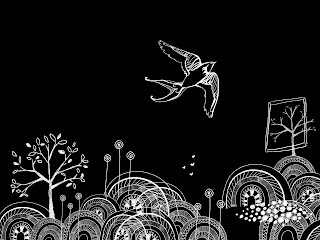 Firstly – this image has nothing to do with this post. It’s just that I was missing it from my blog header, so I popped it in because it always makes me smile. Yes, it is part of the Chasing Boys cover, but it’s really just about the image.

Secondly, I’m not ashamed to admit that I put OW’s name in the post title and labels to see how much it skews the hit stats. (So much fun, in a very childish way.) But I don’t think Oprah would mind – she has done a lot to increase sales of books over the years.

But that’s not what I wanted to talk about.
What I did want to talk about was themes.
It has come to my attention, well really nudged something that I already knew and then forgot about, that every writer has a theme that you’ll find in their stories if you look hard enough.
Sometimes it’s just one theme that they explore over and over again.
Sometimes there are several themes and sometimes a different theme for every book.
Which made me think about what my themes were so far in the three YA books I have written.
I’ll have a stab, but I’m sure others would find it easier to pinpoint mine than I can.

I’ll let readers figure out which themes belong with which book/s.

How about the other writers out there?
Have you thought about the themes that occur in your own writing?

One Response to “Themes and writing and Oprah Winfrey”