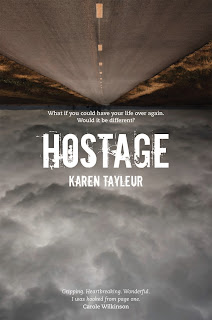 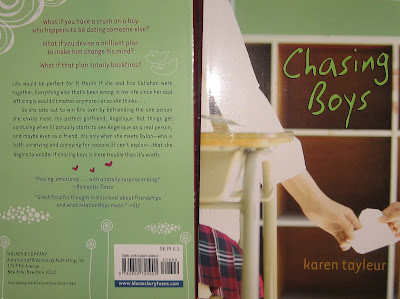 The lovely people at Walker in the US have sent me the paperback version of Chasing Boys.
The parcel arrived at my front door with a nice fat thump.
I couldn’t answer the nice polite delivery man knock on the front door
as I realised I had turned into working from home person
who hadn’t even bothered to do her hair.
When I say do, I don’t necessarily mean brush
but at least rearrange out of bed hair do.

The front cover remains the same but the back cover is different from the original hard-back version — a lot lighter and includes a couple of review quotes.
Although I’ve had a few more babies since Chasing Boys
(Hostage, Burke & Wills and Six)
it’s always nice when the kids drop home and say hello.