Categories: May Gibbs Fellowship May 2011, Parallel Universe, The Simpsons 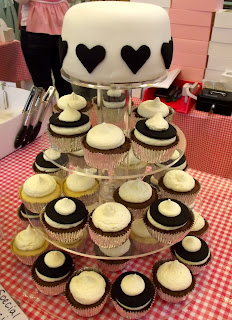 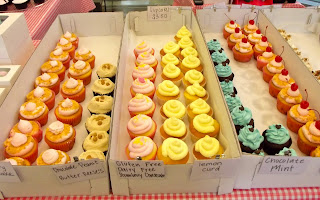 Had to leave The Burrow today to go to the Post Office. Along the way I saw this awesome display of cupcakes and heard a mother say ‘Come away from those cupcakes’ to her toddler, as if they were poison.

The other thing I noticed was that living in a different city in the same country is like living in a parallel universe. The TV Channels are the same but the local news is presented by newsreaders who kind of look the same but kind of don’t. Their jokes seem a little fake, because they aren’t the real newsreaders that I’m used to. The radio announcers suffer from the same wrongness. The local weather also just a little off. Australia is skewed to highight the state I’m in and suddenly Melbourne’s dot looks wrong on the map. The ads highlight roads or suburbs that aren’t familiar.

It’s kind of like that episode of the Simpsons where the parallel world Bart and Lisa save the day. Unsettling.

Leave a Reply to karen tayleur