‘There are some things you should know about me if we are going to be friends. Like, I don’t believe in ghosts.’ Where do your ideas come from?

They come from people around me, not just people I know but strangers in the street or on the train or in the supermarket. My David Mortimore Baxter series began after I was eavesdropping on a conversation in a supermarket aisle. The person in front of me said, ‘So here’s the thing’ and then they left and I never got to hear what the thing was so I went home and started a short story with ‘So, here’s the thing’ and that turned into a book, which turned into a series. Ideas also come from stories in the news, on the radio, street signs, shop signs, movies, history, non-fiction and sometimes I don’t know where they come from, they just appear as I type on my keyboard.

I read anything and everything.

I like stories about real people and fantasy and horror but not true crime so much.

I like detective novels and science fiction and romance, as long as the heroine isn’t just plain silly.

I am the sort of person who will read over your shoulder on the train if I have nothing to read, although I always try to have something to read with me.

I like words in music, especially if they tell a story.

Music can remind you of memories and people and special and ordinary times in your life and I couldn’t imagine living without it.

Do you have any pets?

What is your favourite food?

The things that annoy you the most?

When people put sauce on their food before they’ve even tasted it.

People who talk during a movie.

People who invade my personal space.

Movie trailers that give away all of the movie plot.

What would you be if you weren’t a writer?

How old are you?

As an author I get 10% of the RRP (regular retail price) of my books. So for my $18.99 books, I would get $1.89. Sometimes it is less if the publisher makes a special sale to a client. I only get 5% for picture books, because the illustrator gets the other 5%.

So I would need to sell A LOT of books to be rich. (Also, it is not polite to ask this question, so you probably shouldn’t ask anyone else.)

How did you come up with the idea for David Mortimore Baxter?

My dad used to tell my sister and I stories when we were kids about when he was a kid. He had a group of friends that he hung around with and they had many adventures (according to him). I wanted to write a story that boys would read so I thought about my dad and used him as a model for the main character, David.

Are you going to write a sequel to Chasing Boys?

There are no plans for a sequel at the moment but I have included characters from CB in other stories – Hostage and Six. It was great having them pop up again and finding out what they were up to. As far as El’s story, you never know…

Do you always know the end of your books before you start writing?

You have written two books about netball – did you ever play?

I played when I was at school. I was the tall one playing goal defence, which meant I just stood still with my hands in the air when the ball came near me. My kids always think this is funny, as I am quite short now. I went from being the tallest girl in primary school to just average to short by Year 12. I guess I was an early developer.

What was your favourite book when you were a kid?

I had a few favourite books.
Black Beauty
Alice in Wonderland (the real book, not just the picture book)
The Katy Series
Kidnapped
Swiss Family Robinson
The Night Before Christmas (when I was really young)
All of a Kind Family

Do you write using a computer or pen and paper?

I used to write with pen and paper until I started work. One of my first jobs was in advertising and my boss demanded that I write straight to screen using an Apple MacIntosh. Ever since then I have used a computer to write, but sometimes, when I’m nowhere near my laptop I have been known to buy a notebook so I can write down some ideas or part of a story.

Do you ever have writer’s block?

Sometimes, if I’m stuck, I will get up and move around. Maybe take the dog for a walk or do some boring domestic chores and deliberately not think about the story. Sometimes I’ll get an idea while I’m moving around, and  sit back down and continue writing as if I never had a block in the first place. Sometimes I’ll wake up in the morning and have the answer.

If you were a dog, what would you be?

I’d like to think I was a sleek and beautiful breed, but probably more like a little shih tzu with short legs that can’t stop yapping.

If you could have any car in the world, what sort of car would it be?

Do you have a writing routine?

I like to fill my favourite mug with coffee in the morning then I sit down at my keyboard to write. In the afternoons I have tea using my special red teapot and butterfly cup. I usually have to have some noise in the background, radio or music, but sometimes I need silence when I’m struggling trying to hear the dialogue in my head.

Do you have any advice for aspiring writers?

Read. Read a lot. Read a lot of different things – fiction, non-fiction, newspapers, periodicals, comics, new stuff and old. Then write. Write a lot. Try and write every day, even if it’s just a paragraph. The thing is, once you start writing, you’ll find it’s hard to stop at a paragraph.

To be a writer, you have to write. It’s no secret, really. Karen has a Cert IV in Workplace Training and Assessment and has taught Writing for Children at TAFE.
She is available for workshops and author presentations for both primary and secondary schools. I don’t know where to begin… (or, a day in the life of a Children’s Publishing Consultant) In the words of Icehouse, or later from Missy Higgins, I don’t know where to begin, but this is all that I know… END_OF_DOCUMENT_TOKEN_TO_BE_REPLACED 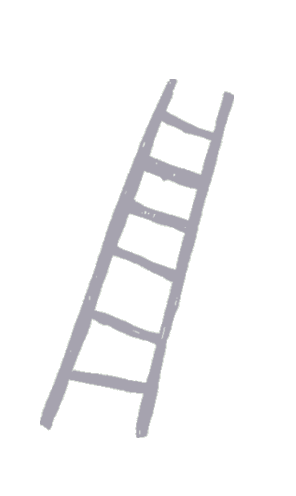